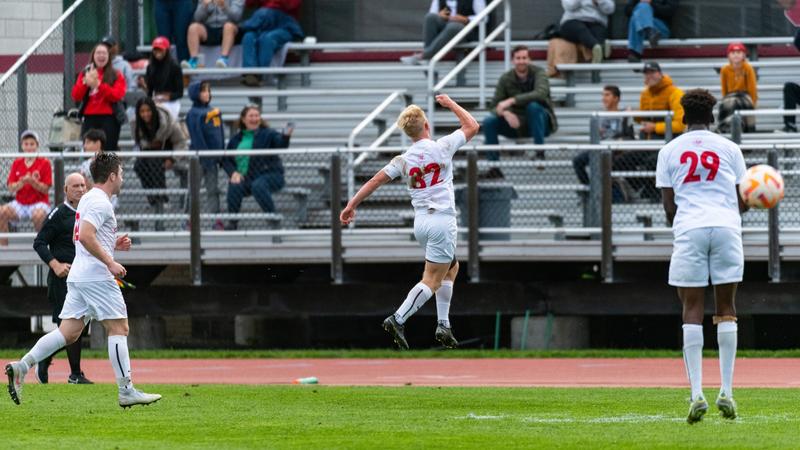 “It’s great to get the win. I don’t think it was a great performance from us. We weren’t quite at the races in the sense of how we usually are in terms of how quickly we press and how sharp we look. We weren’t quite there in that regard today,” said John Smith, the Dr. Daniel P. Wood Head Coach of Men’s Soccer. “When it’s like that, you hope for some great individual performances, and there were some of those today. That’s what ultimately won us the game. It’s great to not play too well and score three goals. That’s a sign of something going right in the team.”

Freshman Ryan Friedberg recorded his seventh victory on Saturday, matching Stephen Bott (1983) and Quinn O’Sullivan (1992) for the most wins by a first-year goalkeeper in program history.

After Cornell’s first five shot attempts went off target, Eneli registered Cornell’s first shot on goal in the 34th minute, which ended up being a goal. Eneli received the ball from Morales, chipping the ball subtly between the legs of a Harvard defender before lobbing his shot over the head of Harvard’s goalkeeper, Oskar Nilsson.

Harvard leveled the match late in the first half on a set piece from the right side just outside the 18-yard box. Marko Isakovic lofted the ball toward the far post, where Bjarnason leaped higher than a pair of Cornell defenders, heading the Crimson’s first goal into the top-left corner.

After the halftime break, Cornell scored twice over nine minutes to take a 3-1 lead over Harvard.

Morales netted the first goal in the 70th minute, lasering a 30-yard strike into the bottom left corner, out of Nilsson’s reach. A header off a goal kick by Nilsson set up Morales’ goal.

“Brandon has been immense this year,” Smith said. “He’s scoring great goals. The goal today was an absolute bullet into the bottom corner. He’s a great striker, but it’s not just that. It’s his overall game. He’s so reliable on the ball. His soccer IQ is through the roof, and in those moments when you need somebody to make the right decision, give Brandon the ball and he’ll typically make it.”

Nine minutes later, Goulding recorded his first collegiate goal to give the Big Red a two-goal lead. Morales lofted a pass to Goulding inside the 18-yard box. Goulding’s shot hit Nilsson’s left arm before trickling over the goal line.

“He got himself in front of goal, and we always say when the ball is out wide or when somebody’s running through, get yourself in front of goal, and that’s what he did,” Smith said. “It’s great to see him put one over the line. There’s nothing better for an attack-minded player like him to open his account. From a goal-scoring standpoint, that should give him a boost as we move forward.”

Cornell stayed strong defensively in holding Harvard off the scoreboard to solidify the victory.

• Saturday was the 70th all-time meeting between Cornell and Harvard since 1948. The Big Red increased its win streak against the Crimson to a program-record five games. During the win streak, Cornell has outscored Harvard, 19-8, while recording at least three goals in its last four matches against the Crimson.

• Morales recorded his fifth goal of the season on Saturday. All five of Morales’ goals have come over his last four appearances. Along with his assist, Morales has logged all 12 of his team-leading points over his previous four matches.

Cornell will return to the pitch on Tuesday when the Big Red plays No. 7 Syracuse. First touch between the Big Red and the nationally-ranked Orange is slated for 7 p.m. from SU Soccer Stadium. Game action will be broadcast on ACC Network Extra.

“The good thing is whenever we play Syracuse, I never worry about getting my guys up for that game,” Smith said. “It’s a game we enjoy and I think so do they. It’s a great test for us. They’ve had a fantastic season. It’ll be an awesome battle and we’re looking forward to it.” 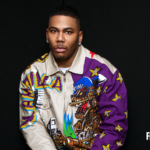 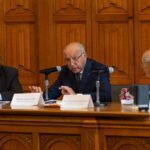 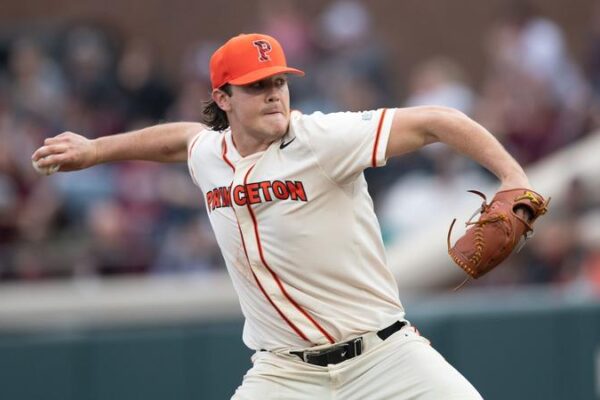 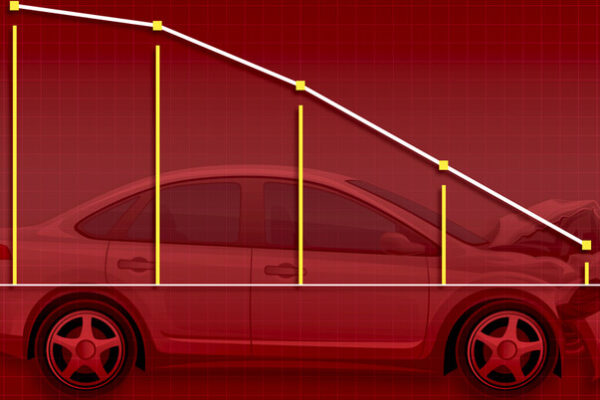