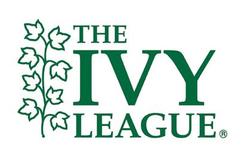 “Ivy League schools share a tradition of academic excellence and broad-based, successful NCAA Division I athletics. The Ivy League annually finishes among the top Division I athletics conferences in national competitive rankings, and Ivy League student-athletes earn the country’s best records in the NCAA Academic Performance Ratings, operating under the Ivy League model of athletics as a significant educational component of the student’s undergraduate experience. Ivy student-athletes grow from their athletics experiences to become national and community leaders across the spectrum of 21st century life in business and technology, education and philanthropy, law and government, medicine and research, and professional sports and entertainment.

As you pursue opportunities to study and compete in intercollegiate athletics, please keep in mind the following admissions and financial aid policies common to all Ivy League schools.

ADMISSIONS CRITERIA
Ivy League schools base admissions decisions on each candidate’s academic achievements as well as personal strengths and accomplishments, such as athletic achievement, other extracurricular activities and community service.

Consult the website of each institution for more specific recommendations

​ADMISSIONS PROCESS
Ivy League coaches are knowledgeable about admissions policies, can be valuable resources in guiding prospects through the application process, and may offer advice and counsel based on feedback from admissions.  Coaches may make a commitment to support a prospective student-athlete’s application. However only the Admissions Office at each Ivy League school has the authority to admit an applicant and to notify an applicant of admission. Only formal correspondence from the Admissions Office should be considered an admissions decision…”

Click here to continue reading about the Ivy League Process

When you think about a going to a college associated with The Ivy League, it can be overwhelming. The Ivy League is one of my specialities. Contact me today to help me guide you through Ivy League admissions process.
​
P: 713.447.0064
E: nadine@cash4college.net